Mr. Kronschnabl of Dorchester has rented L. Klatt's new building and expects-to open a saloon there as soon as the building is complete.

Editor H. Kronschnabl of The Abbotsford Clarion was a visitor in the city (Marshfield, Wis.) Monday.

Publisher of Abbotsford Paper Sells Out, But Pays His Respects to Knockers in Plain Terms.

The Abbotsford Clarion has been sold to William Mannes, formerly of The Dorchester Herald. Mr. Mannes sold his paper last year to a younger brother, B. F. Mannes, but has been anxious to get back into the field lately and has found his opportunity in Abbotsford.

In parting with the paper, Herman Kronschnabl, known throughout that part of the state as "Krone," pays his plain respects to the knockers in this manner:

"During our stay here of a little better than two years we have put the Clarion on a paying basis and the new proprietor will see Abbotsford more prosperous than we came here and it is our wish that he may succeed and wake up a few of the dead heads who at present are a detriment to this town. The Lord knows there are plenty of those here and together with the knockers and a bunch of bigots whose only desire is to create religious prejudice and distribute copies of the Missouri gutter sheet and stir up hard feelings it is just a little more than we care to endure. In conclusion we wish to thank our many friends for the many favors shown us in the past and for the few enemies we have made we can console ourselves by the old saying that nobody ever kicks a dead one.—The Editor." 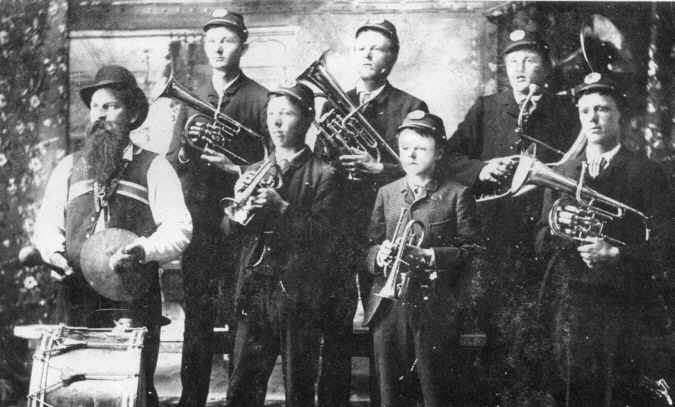